Chicago's Federal Center is one of Mies's least acclaimed buildings. It was designed so late in Mies's life that two of its buildings were built years after Mies had already passed. However, it has qualities that stand out. It is a microcosm of earlier project types, combining two towers, a long span building, and a plaza. The project is a self-contained summary of Mies's oeuvre, tied together by a clear and extensive use of the grid. The grid is continuous from paving to massing to curtain wall, even appearing in the plan of the post office and the elevation of the courthouse tower. While the grid unifies the project internally, it also suggests connections beyond. Horizontally, the grid structures landscapes from city to farm. Vertically, the Chicago frame links the Federal Center to its immediate neighbors and also with framed buildings of different types throughout the Midwest.
This project uses the process of layering and progressions of densities to fill the plaza, introducing a new approach to the existing site. This process allows for a multitude of worlds to exist in one, producing a range of depths, projections, and transparencies. These ranges allow for things within the site to have multiple readings and understandings, producing an ambiguity throughout a civic space.
​​​​​​​The project depends on a simple progression of density using its frame types. The structures explore ways of progression by layering frames in different positions, orientations, and frame types. For instance, a shift in position from one frame to another adds another layer behind, producing more opacity throughout a single building. While the buildings progress individually, they also work together as a whole, as their positions on the site increase throughout, allowing buildings to be read as individual discrete objects, but through progression, allow for an accumulation to be read as one larger object as they are closer together. Moving through the site horizontally, the increasing change in surface treatment from the origin grid suggests a change in depth or topography. This allows for one to perceive a depth that is made up of flat surface treatments and graphic projections. This perception vs. actual object produces another world and ambiguity for a civic space, where ordinary business is conducted. One looks at the expanse of progressive space and simply has to confront it. The site contains both areas of great emptiness and exposure when density is low, as well as areas that appear much more dense and less abstract. A similar concept exists within the buildings as things appear thicker and more opaque in some moments while things appear thin and transparent in others. This process of layering allows for the same frame to be read as both heavy and thick at one point and thin and delicate at another. The experience and quality of space throughout one building changes as the transparency changes. These two worlds allow for different experiences and reactions to one site, through structure and landscape.
Concept Diagrams: Layering, Ways of Intensification, Things within Things, Interaction with Ground

The origin grid size is consistent throughout the new site's entirety, but what comes from the grid changes through a progression in ground surface treatment, producing a progressive intensification, while the intensification on the existing site relies on composition. Some areas are treated with great emptiness and exposure while others are much more dense, traveling around and through the buildings. This project shows that one is free to enter from any side. Like the Federal Center, the resulting site is not separated by a wall - the progression instead signifies a starting point and direction of the site.

The existing buildings have different ways of interacting with the ground, where the post office appears firmly situated, and the courthouse and office buildings are more delicately positioned, as they're elevated above structure that is much less dense. The art piece has the most delicate stance as it balances on points. This project's buildings each explore different ways of interacting with the ground as some appear more heavy and others appear more light and delicate. The resulting buildings each have their own progression individually and increase densities both linearly and in an upward progression. 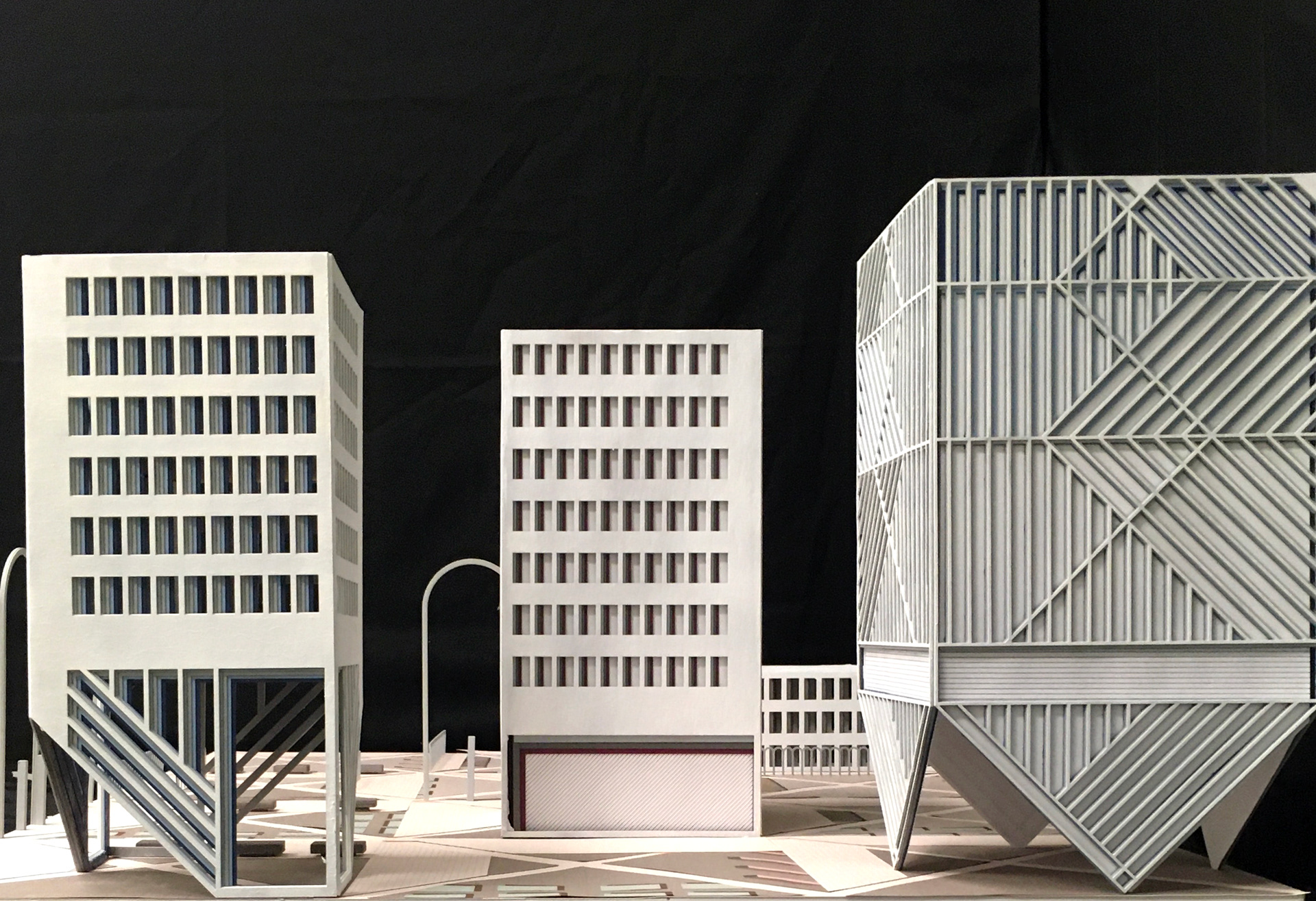 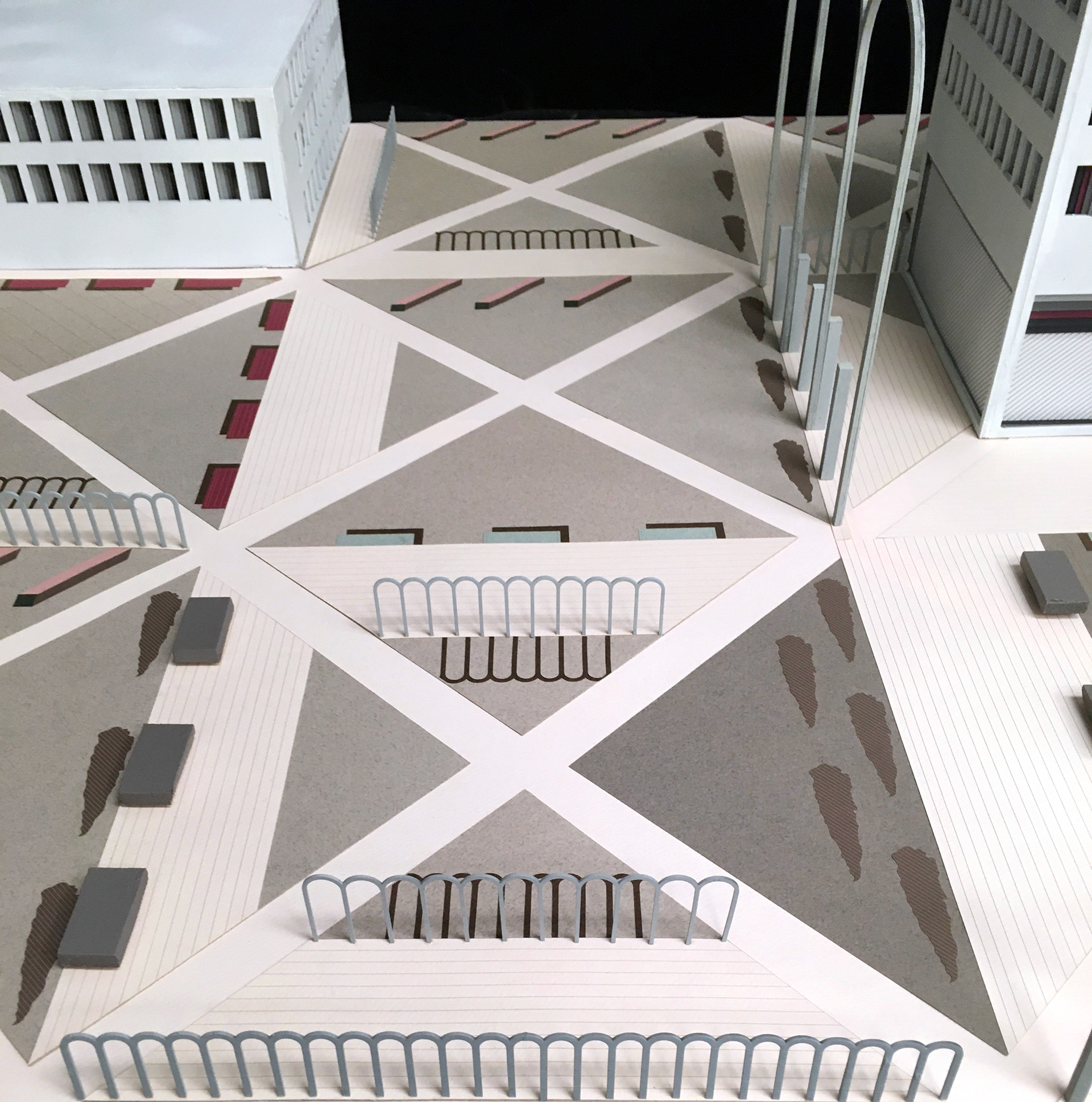 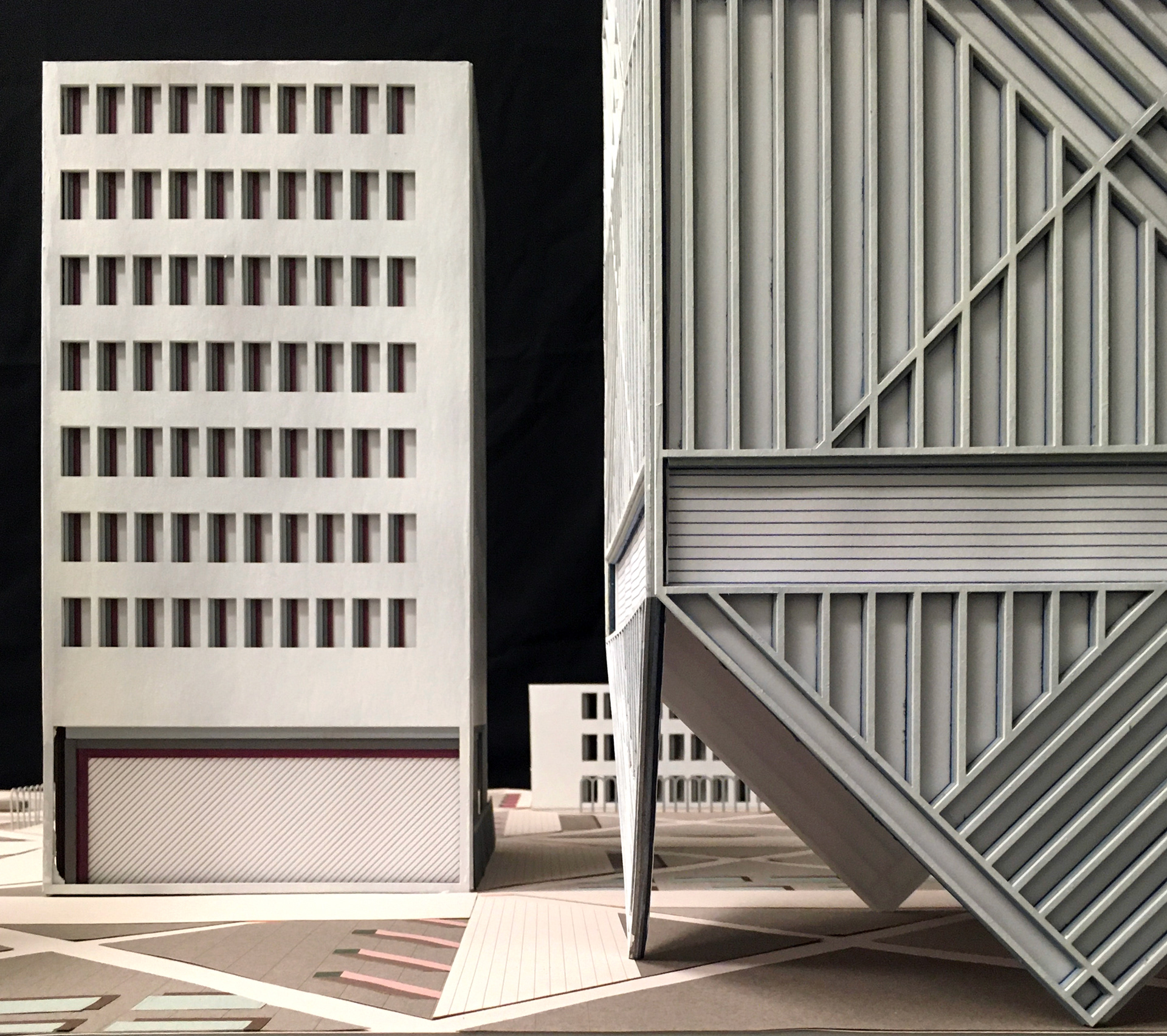 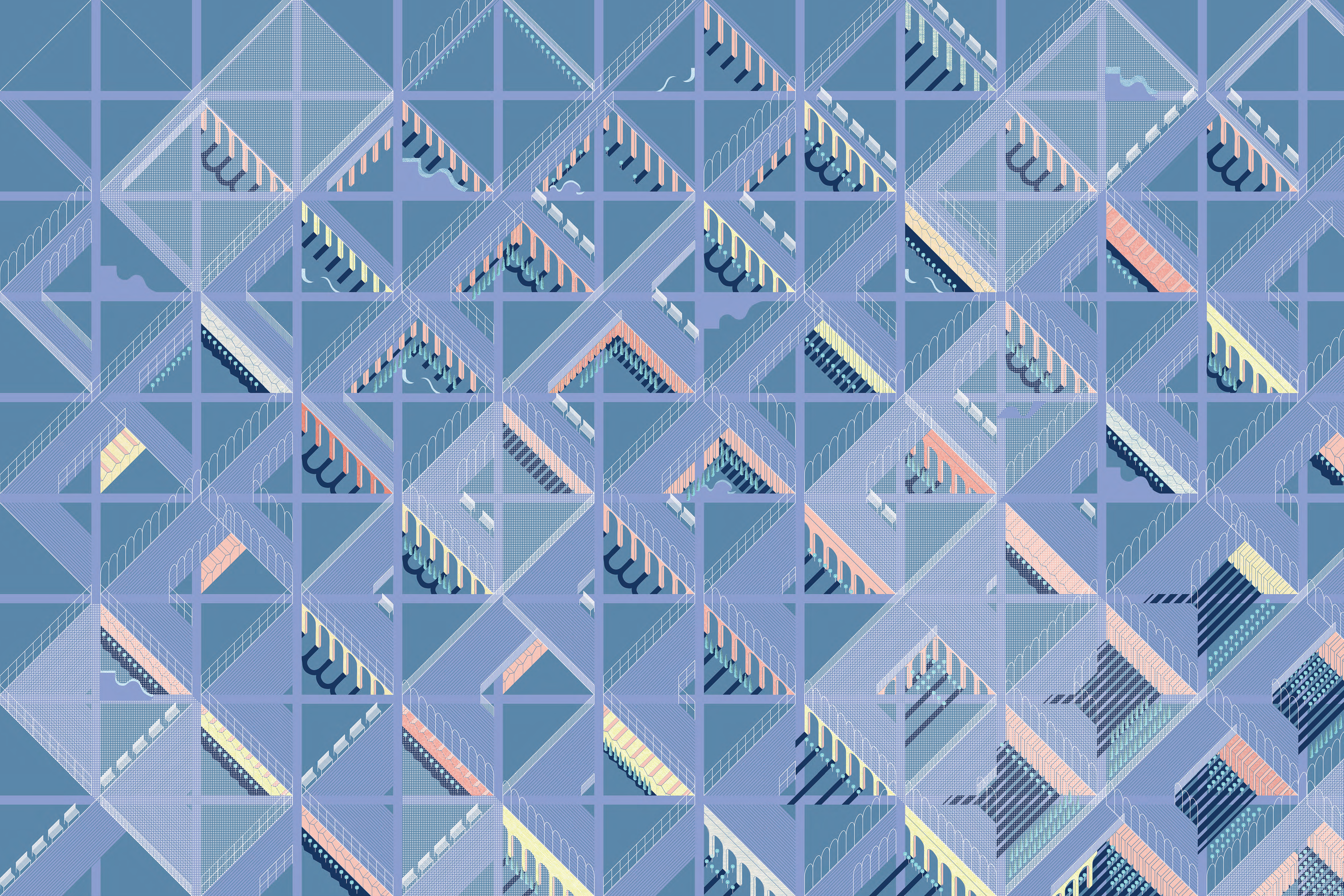 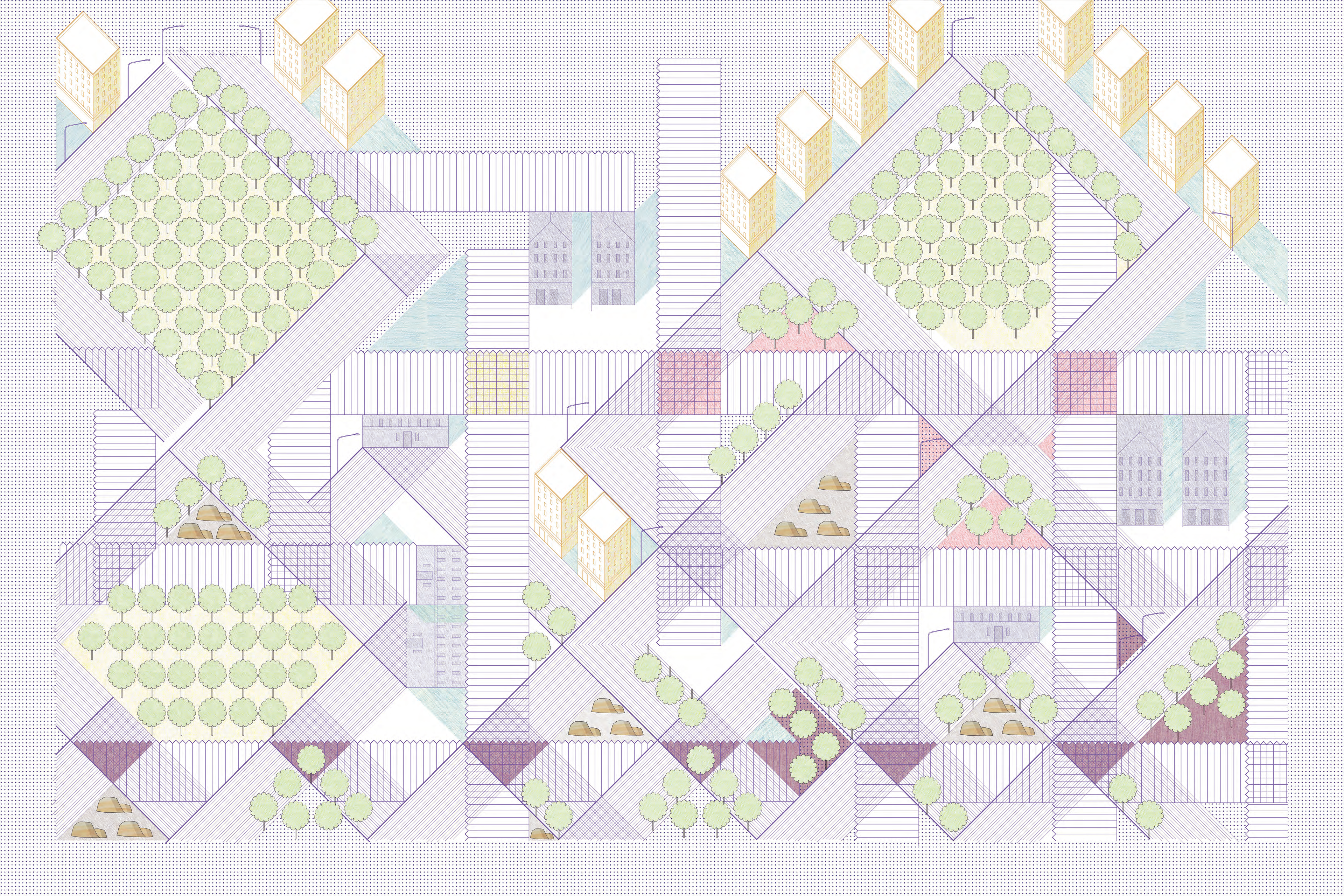 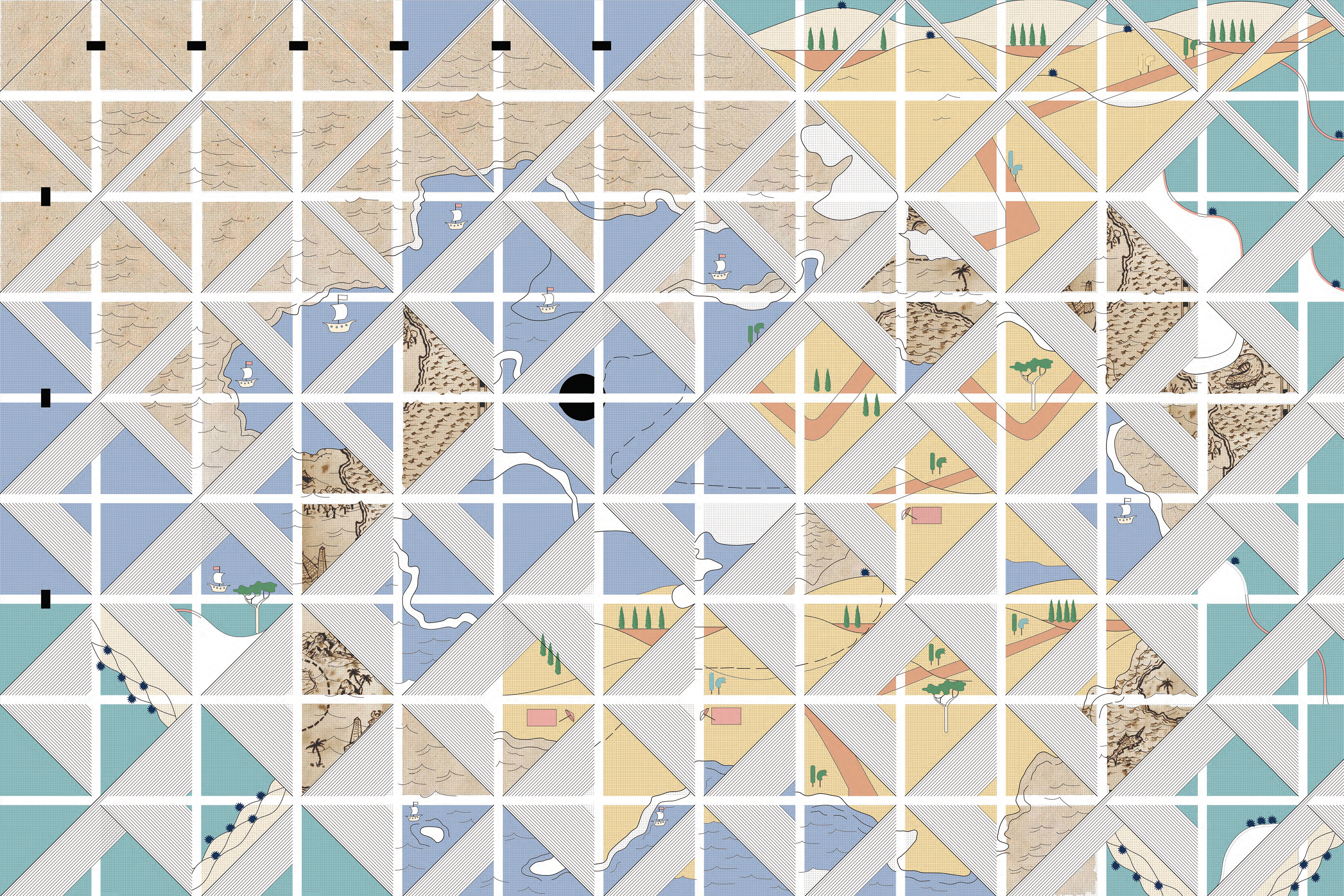 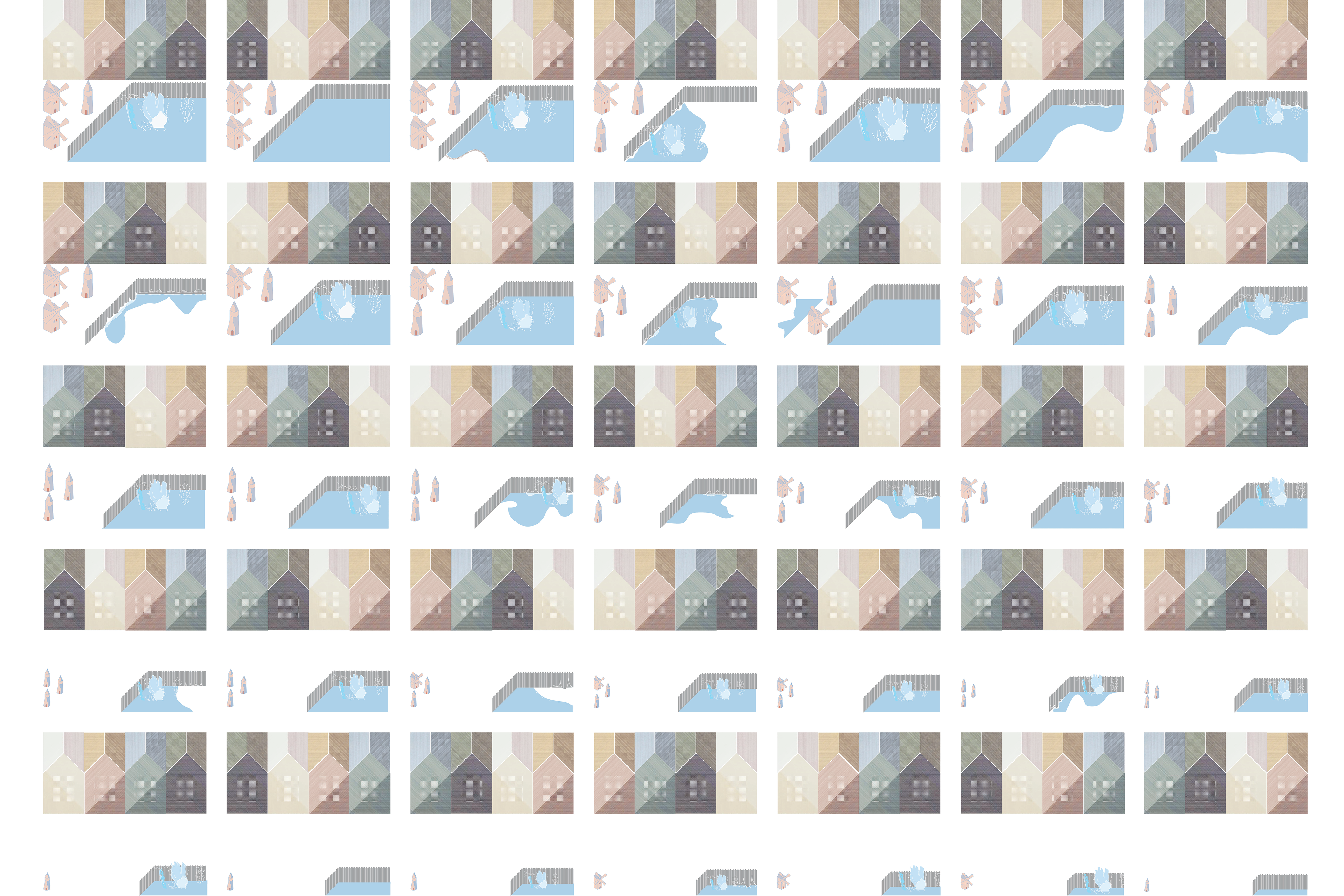 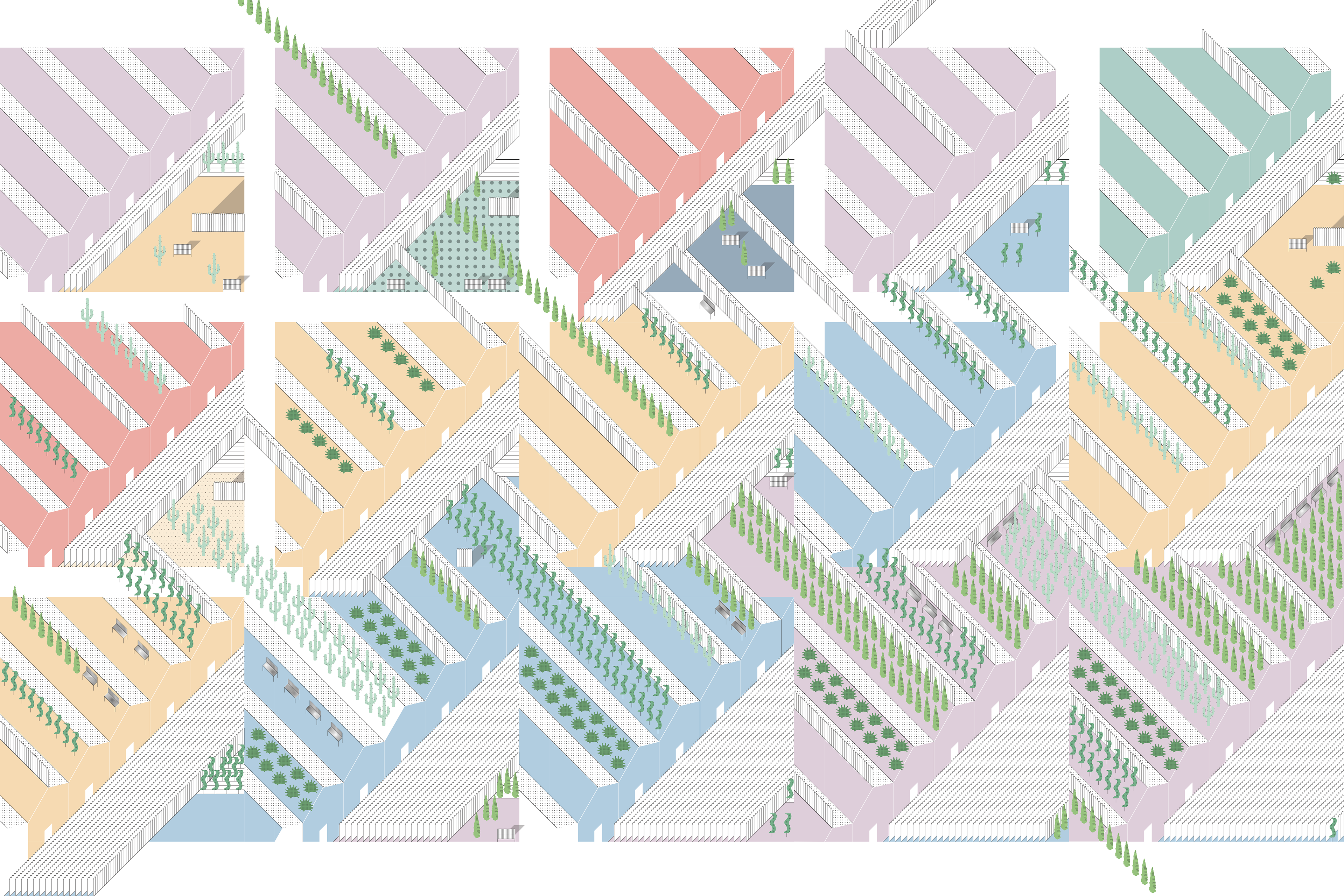 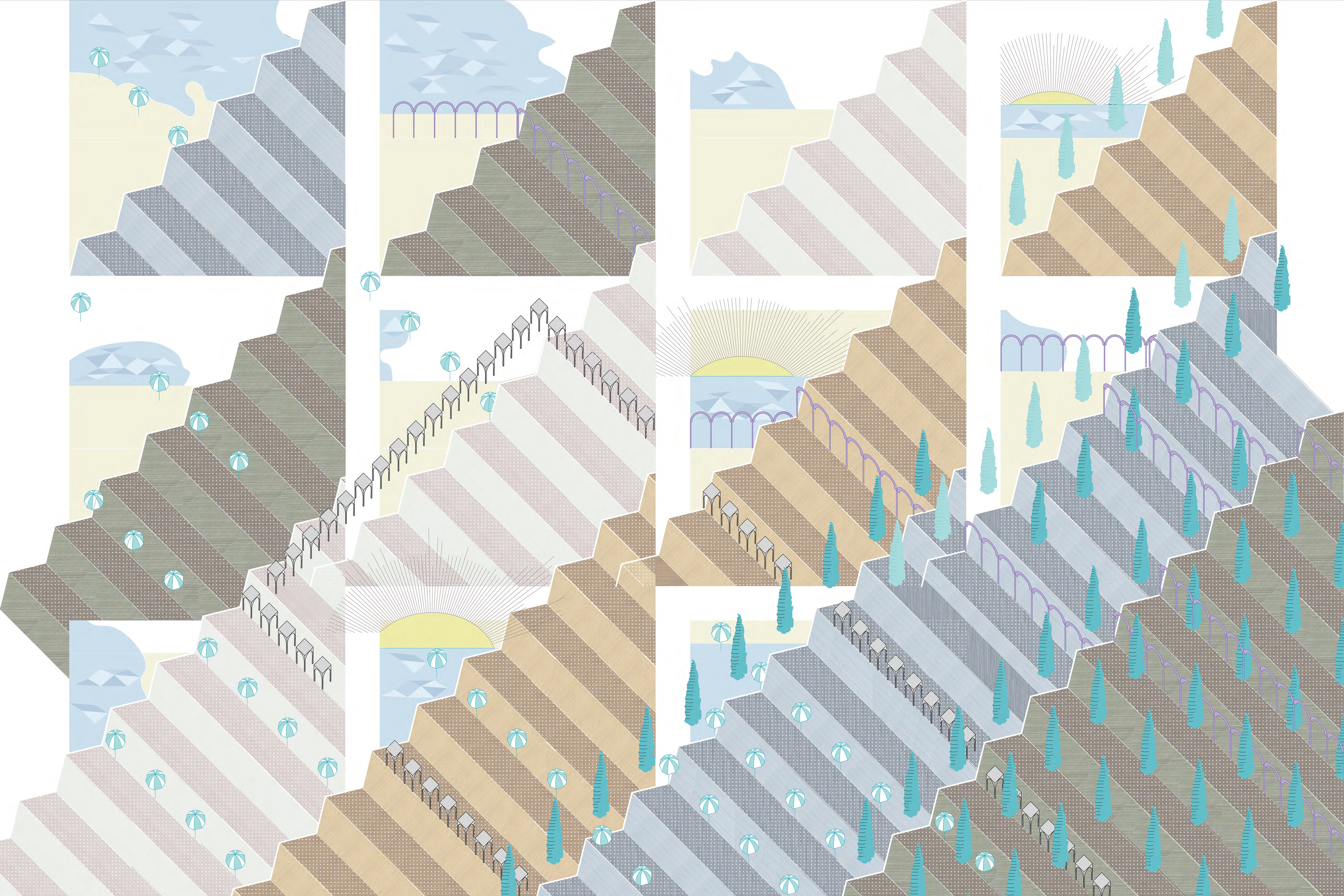 A series of gridscapes  precedes the project and studies the power of grids and how they can affect structures and landscapes. This series also begins to experiment with progressions using the grid and the landscape simultaneously for the project to then learn from.
↑Back to Top