Part Two illustrates the studio portion of the sequence. With the addition of site research, an urban-scaled architectural figure was imagined. From any city to choose from in the American South, this project focuses on Southeast Florida and runs along the coast. Some areas covered are Miami, Miami Beach, Golden Isles, and Hallendale Beach. Looking towards the Everglades, the site is also located near Weston, Doral, the Hammocks, and Tamiami. The site, therefore, has longitudinal qualities, and covers a wide range of programs and densities of living. As one moves closer to the coast, the infrastructure moves from single family living to an urban, larger-scale living.
Due to the many activities to do in Florida, it is a popular place to live and visit.  People come to Florida to enjoy the ocean, beaches, parks, wildlife, and downtown lifestyle. Florida is able to cater to many different lifestyles, as it offers activities that range anywhere from vacation for college students to retirement and senior living for the elderly.
With the exciting and versatile lifestyles, southern Florida is currently experiencing a very serious issue of rising sea level and storm surge. The flooding threatens the drinking water and plant life, making major parts of the city uninhabitable. For instance, from the rising sea level, water is coming up through people’s drains in their homes, threatening their quality of life. The rising sea level erodes the coast, which dissolves any sort of buffering for storm surges, making Florida more susceptible. On the other end, the Everglades is also in danger due to land development impeding on its land. The more the land develops, the less natural water flow, the Everglades has to maintain its freshwater. Right now, seawater is invading the Everglades, threatening its valued wildlife population. To attempt to find a solution, the state is currently installing pumps, raising roads several feet, and restoring its wetlands, mangroves, and reefs. The building codes are changing to conform to this serious problem. Projections show a three foot rise in sea level by 2050-2075.
However, this project investigates another possibility that integrates landscape and architecture, using both a mound building and wall building strategy, learning from a combination of architecture references, such as hill towns, and landscape references, such as coral reef restoration projects. This project presents a question - "What if..." - and answers the question with a proposal - "Then...." It presents a new way to think and tackle these serious issues while proposing a different lifestyle for people to experience.

from Wall to Mound

What if...
Florida, with a population boom, is busting at the seams. It’s growing by almost 1000 people a day. Yet it is unable to cope: it sprawls into the Everglades (a delicate natural water system) and grows along unprotected coasts under threat of sea level rise and devastating storm surges.
What if a megastructure lined Florida’s east coast, mitigating sea level rise and storm surge? What if it wrapped around the south and ran along the contested border of the Everglades to the west? What if both sides of this megastructure worked together so one side could house the continuing influx of new residents and visitors, allowing its strip of existing skyscrapers to accept the sea level rise, while the other could work to protect and restore wildlife?
Then...
Eastern Florida would have two new “coasts.” The New East would address the rising sea level and storm surges. The New West would protect Florida’s natural filtration system and the wildlife of the Everglades. The two would work together with the (untouched) suburban sprawl between them to support Florida’s existing qualities and assets as well as a myriad of new ways to live.
The New East peels the landscape to form a series of hill towns, and the New West folds the landscape to form a porous grid that restores wildlife habitats of the Everglades, while maintaining its connection to the rest of Florida. On the east side, as the units accumulate to form this mound, there is a range from individual to communal spaces on the rooftops of this hill town. On the interior, there are spaces that are for the individual, but they connect in different ways through collision of geometries, introducing a new lifestyle that supports both autonomous and communal living while supporting Florida’s diverse generations. 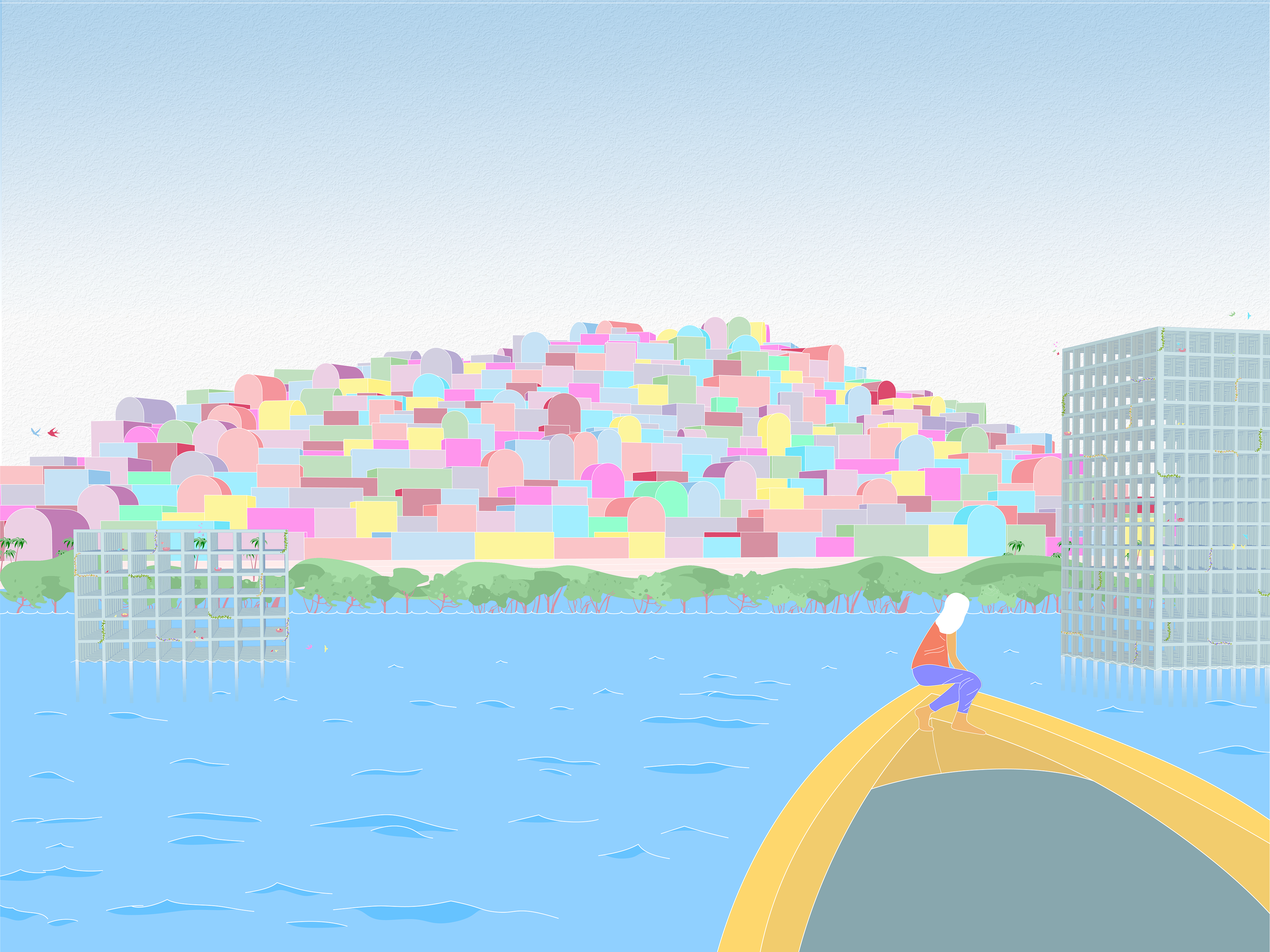 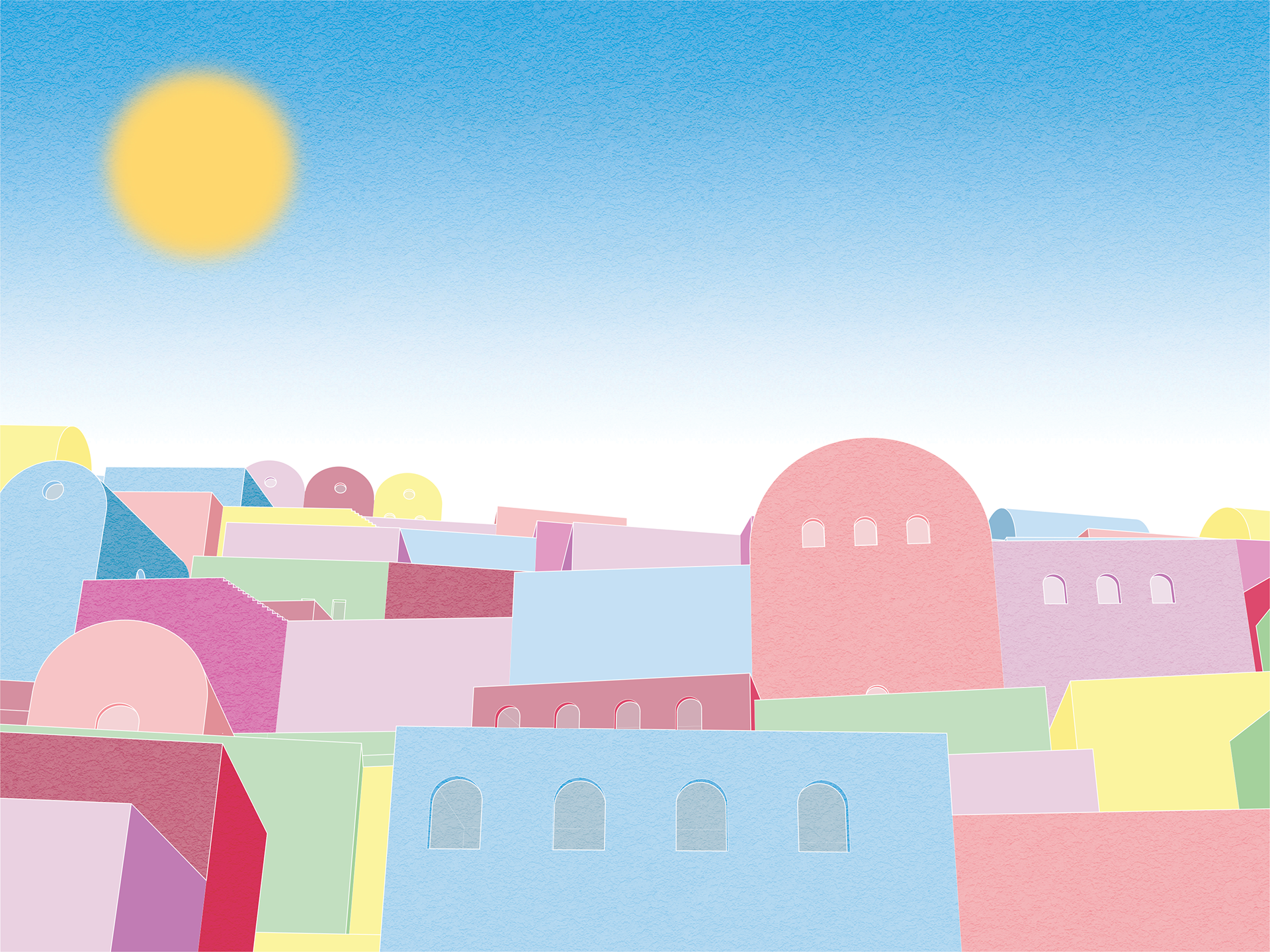 Suntanning within the megastructure 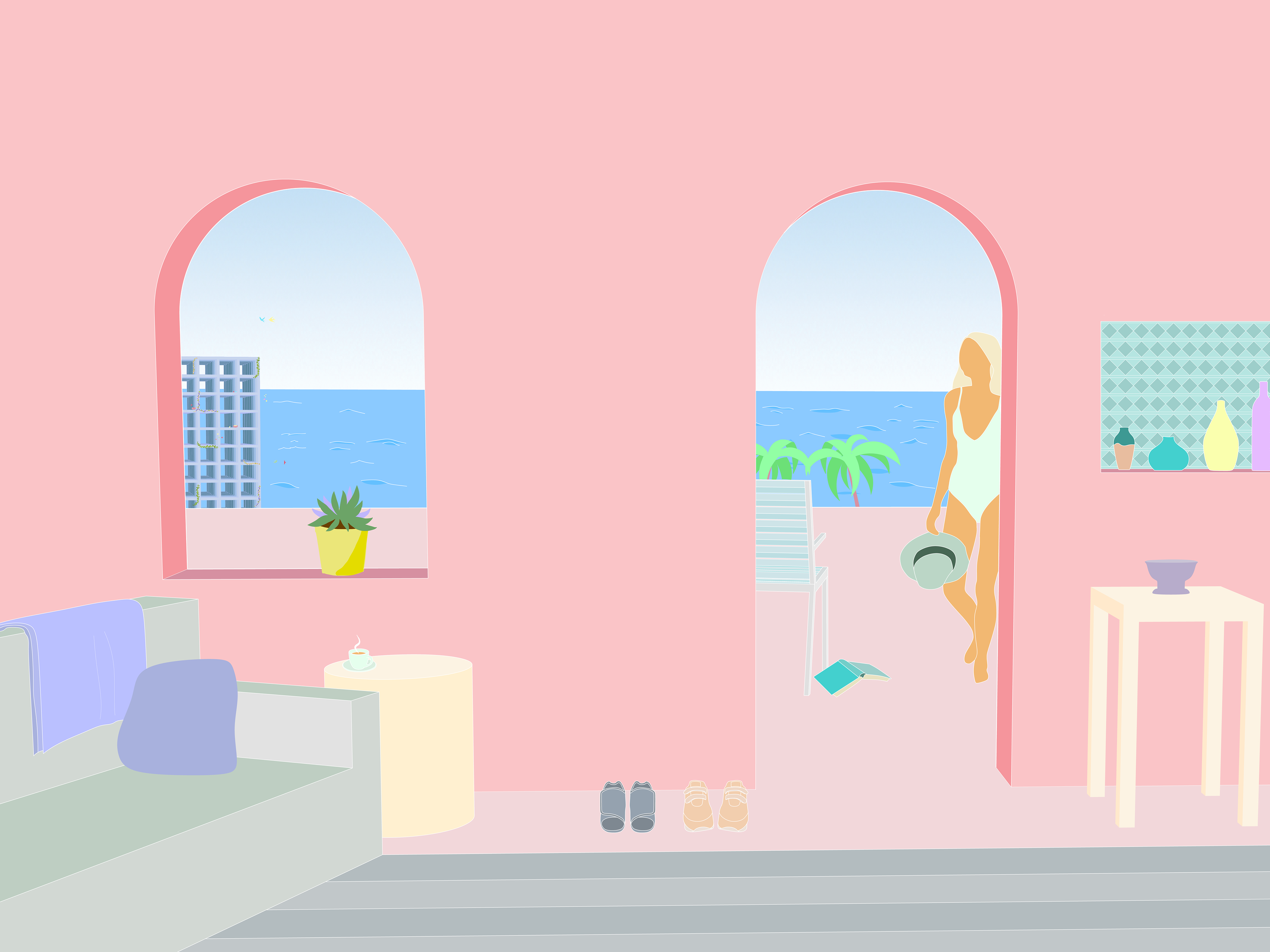 Retrieving back to room to relax after suntanning 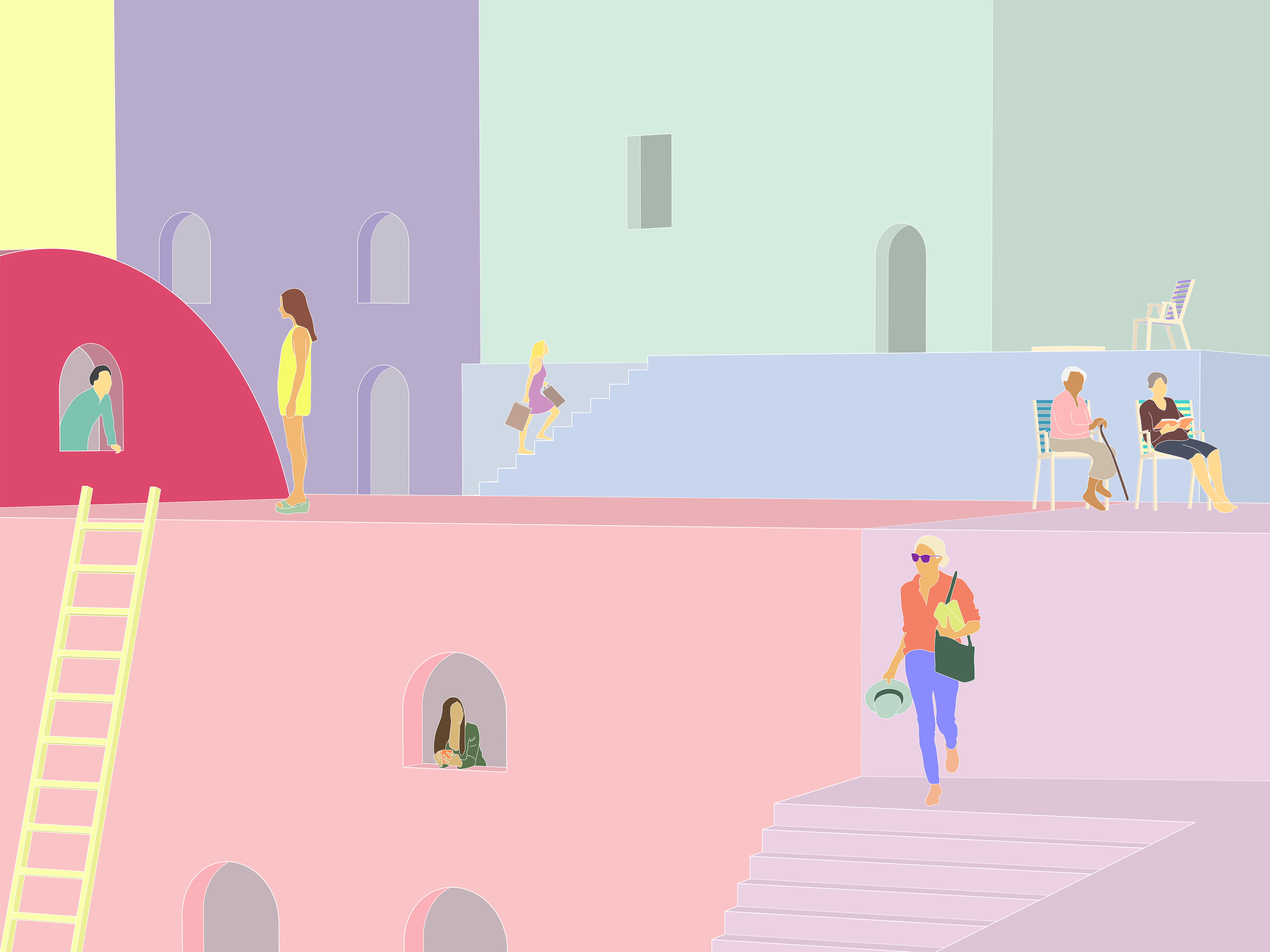 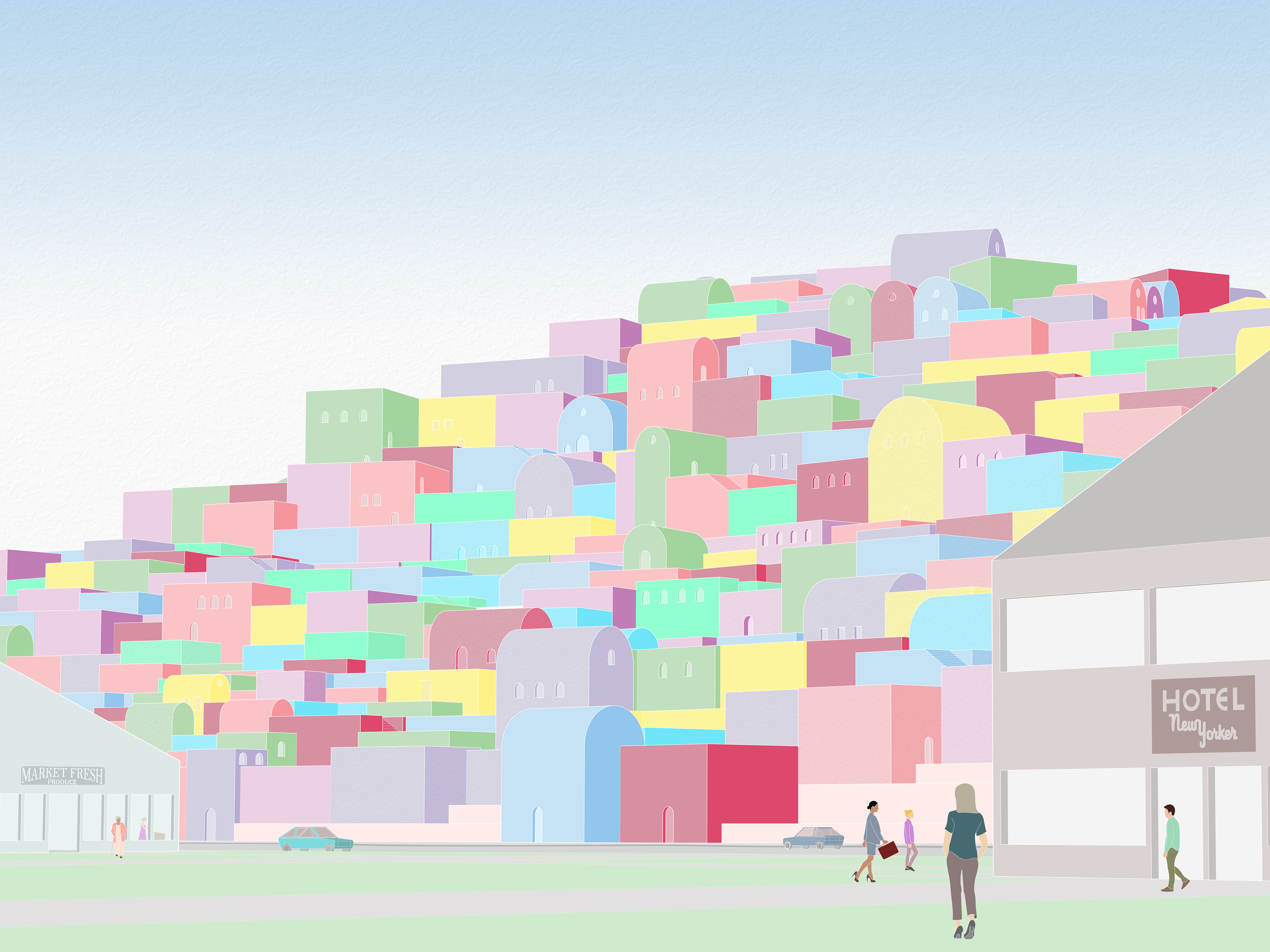 Approaching the megastructure from the existing land 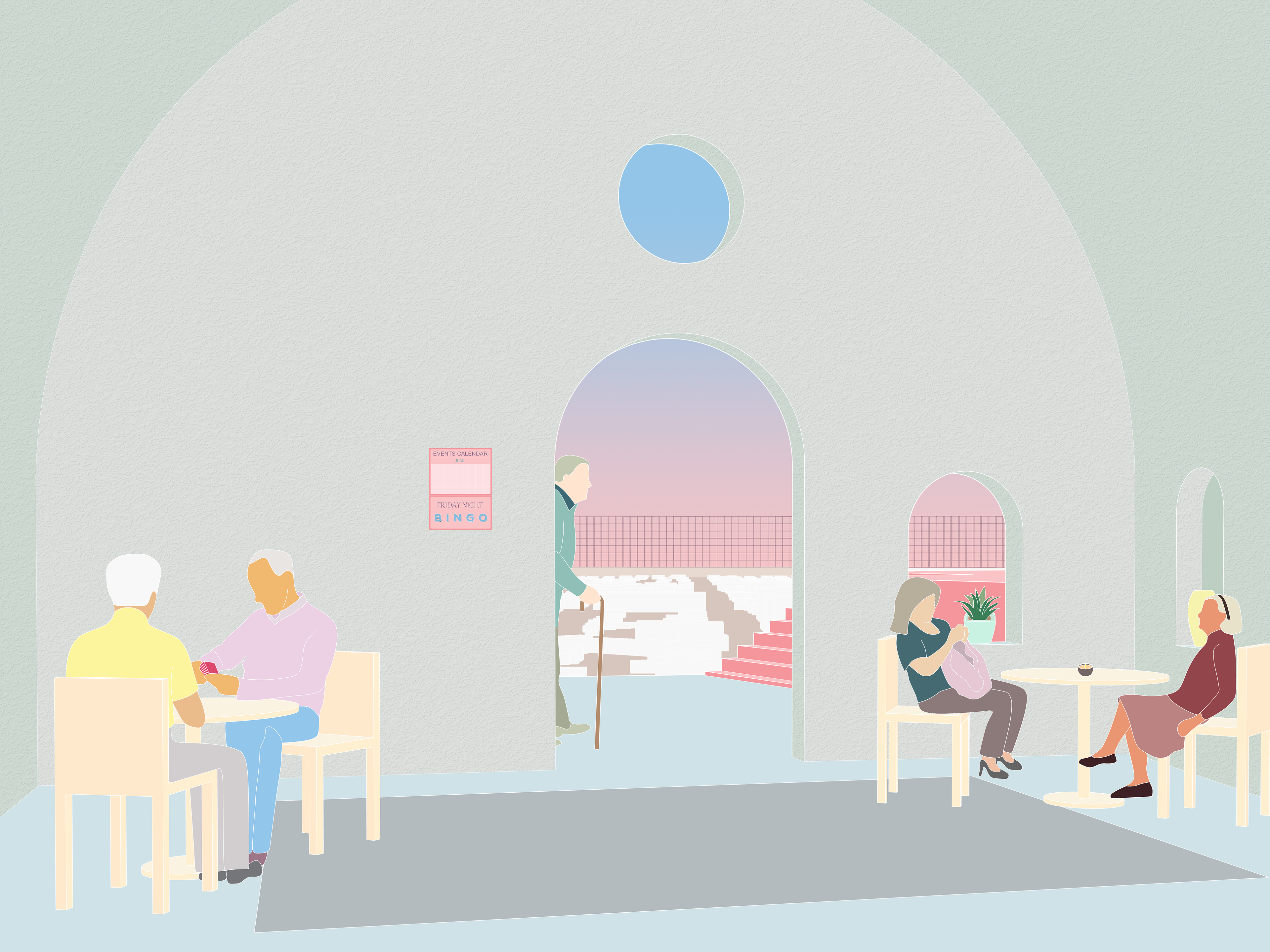 Retirees in a senior center enjoying time with friends 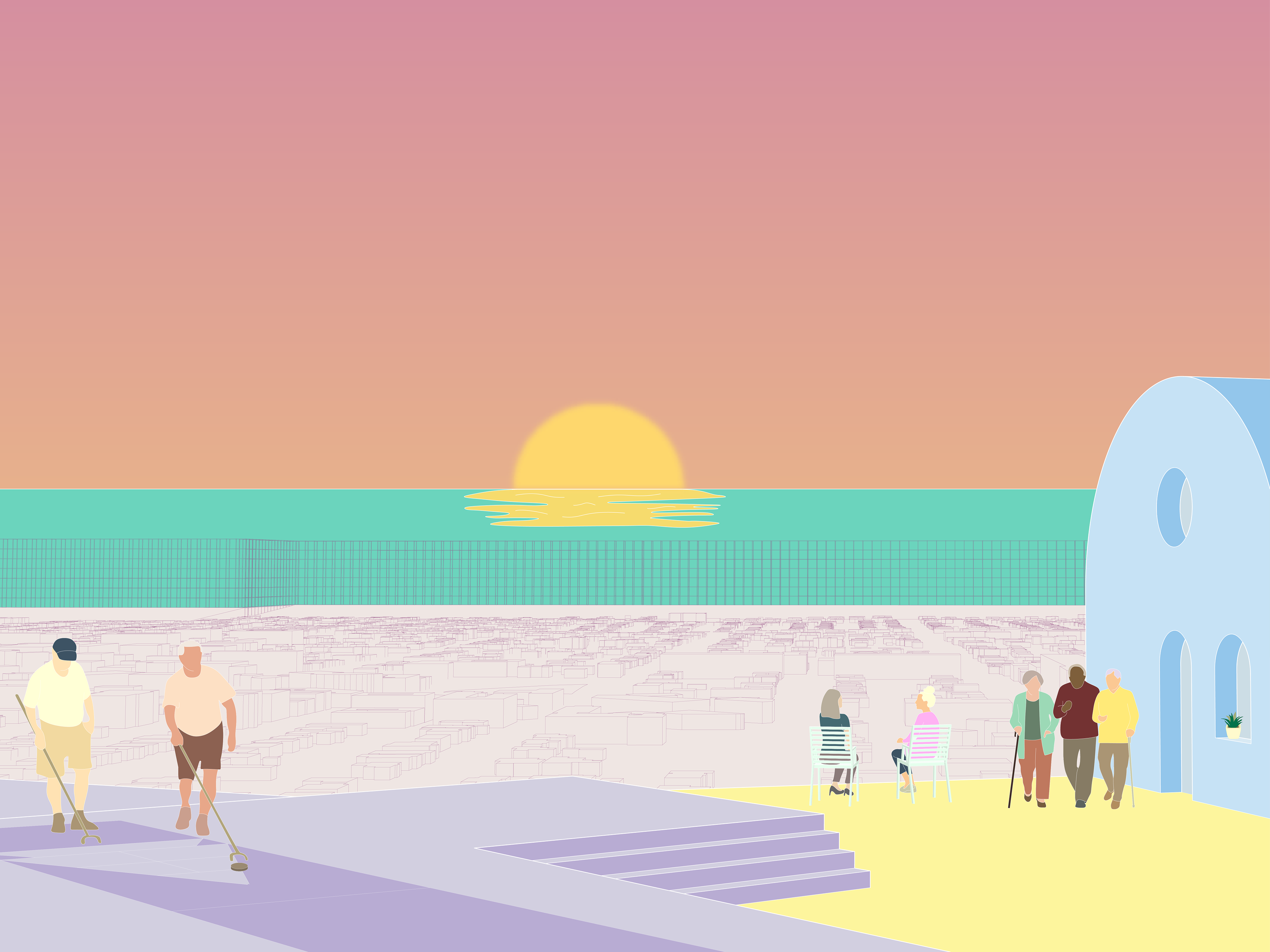 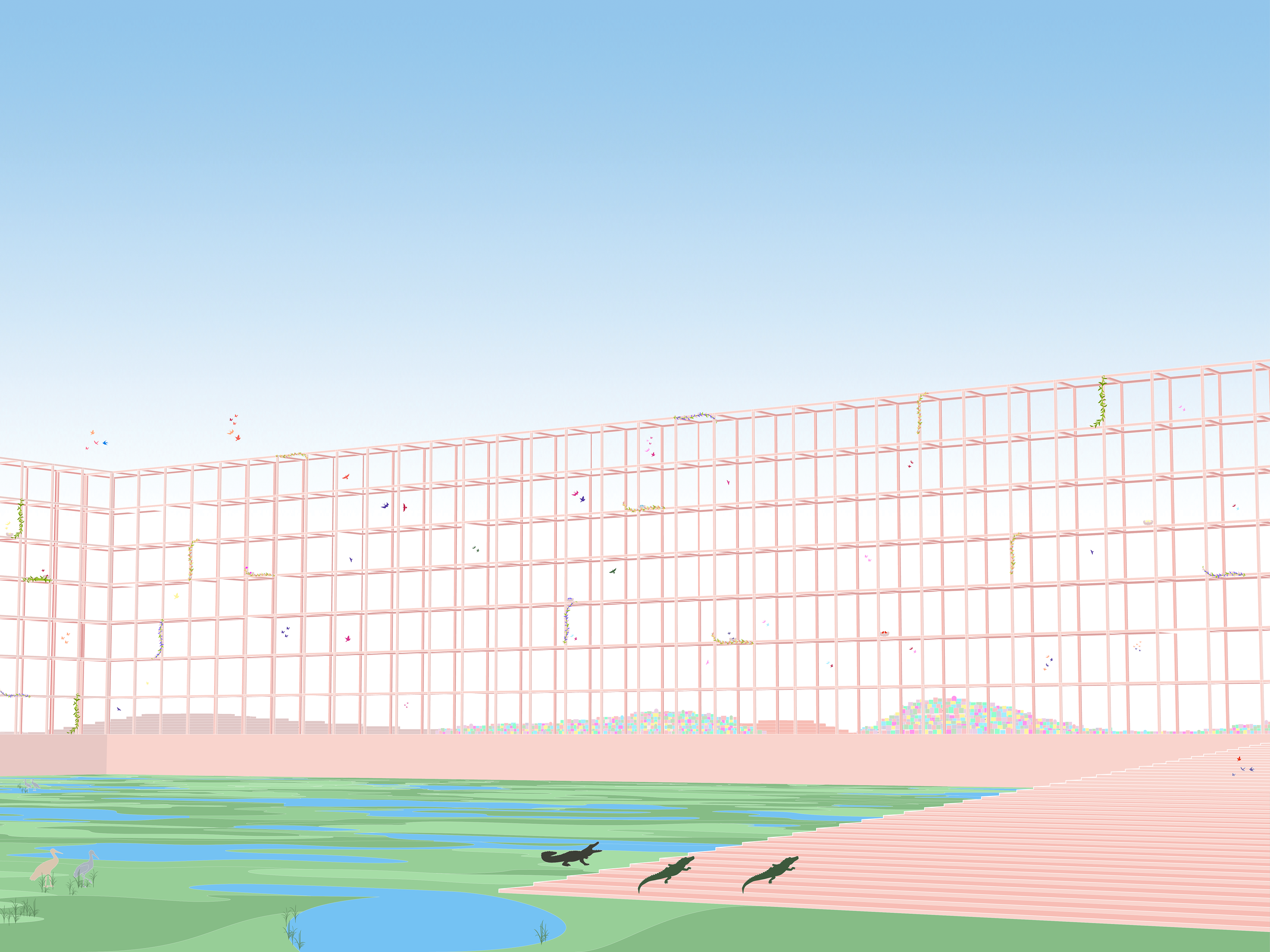